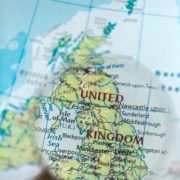 The consequences of Brexit.

As a part of the European Union, the rules related to all industries in Britain are linked to the EU governed rules. In the same manner, Britain’s insolvency regime is intertwined with rules on tax, property, and employment, which are also linked with European rules. According to economists, Britain’s exit or Brexit from the EU will have a ripple effect on the country’s relationships, damaging confidence and investment. The state of the future UK economy will depend on various terms of departure as well as the current economic climate change that is occuring.

While Britain’s future is uncertain, these events will undoubtable have a major impact on domestic and international debt collection, including an increased risk of late payment or even non-payment, at least temporarily.

Before exiting the EU, Britain benefited from over 50 EU-established trade agreements with the rest of the world. As the UK becomes an independent nation, these trade agreements need to be renegotiated, which will affect the country’s economy. Trade deals for countries that rely on the EU trade laws have to be renegotiated as well. Brexit will also change how corporate insolvency works in the UK. In addition, Brexit could make it harder for businesses to retrieve assets on behalf of creditors across Europe.

One way to wade through UK and EU’s complex debt collection rules is to hire a trusted debt collection firm to take care of the process as the whole world braces for Brexit’s economic impact. it is important for business owners to seek out professional, informed and regulated advice to determine what options they have as Britain exits the EU. The sooner they seek advice, the more options they will have.

We Make Sure Our Clients Get Paid

The Collection Firm is comprised of veteran debt collectors specializing in foreign and domestic debt collection. The firm will resolve debt disputes and find effective resolutions to recover the owed funds through worldwide representation.

When it comes to debt collection, there are numerous variables that need to be considered from one country to the next especially on a rapidly changing trade landscape. For businesses with no in-house resources in credit management or international collection, it is important to take the necessary measures to reduce potential risks of late payment or non-payment, particularly during volatile periods such as Great Britain’s choice to leave the EU.

Brexit presents a lot of challenges to a business in terms of global credit management. Even temporary problems could take years to resolve on such tumultuous economic climate. The Collection Firm has extensive knowledge of international laws to recover funds owed anywhere in the world, navigating through all the complexities that come with Britain’s departure from the EU.

Collecting Debts in Other States