Blog
You are here: Home1 / Blog2 / News3 / Debt Collection in the United States 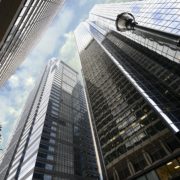 A Brief Guide for the International Community

As the volume of exports from foreign countries to the United Stated grows, so does the need for better understanding by the international creditor of the laws of the United States pertaining to credit control, debt collection, and litigation procedures.

In the United States there is far greater access to credit information relating to individuals and businesses that is generally available in many other countries. In the United Stated sophisticated computerized databases of credit information are operated by various reporting agencies which allow credit grantors to determine at the outset whether or not an individual or business represents a good credit risk. These same databases also provide a variety of information which is helpful in maintaining credit records and in determining whether to place a case for collection and/or litigation.

There are numerous debt collection agencies operating in the United Stated – some are nationwide agencies with offices in several different cities, and, in some cases, foreign countries. Agencies may limit the scope of their operations to individual cities or states and some may be industry specific. The sheer physical size of the United States, with a population in excess of 260 million, results in a wide variety and great number of collection agencies.

The activities of collection agencies in the United States are governed by Federal and State law, and they normally restrict their collection efforts against debtors to telephone and written correspondence. When a collection agency determines that court action might result in successful recovery, the collection agency will usually recommend referral of the case to an attorney.

Lawyers in the United States are known as attorneys. Attorneys are not generally licensed to appear before courts of more than one state. It is normal, therefore, to refer cases to an attorney located in the county or city in the state where the debtor is located.

The attorney who receives a case from a collection agency or a forwarding law firm, referred through a law list, will generally handle it on a contingent fee basis. If suit is filed, in addition to the base contingent fee, the attorney is usually entitled to a suit fee which may be wholly contingent, partially contingent, or non-contingent. Court costs vary by jurisdiction and payment is the responsibility of the credit grantor.

The mechanism for locating competent attorneys for referral of collect cases is through Law Lists. There are several in the United States offering nationwide coverage.

Commercial law lists are selective directories of attorneys interested in and competent to handle debt collection and insolvency cases. Cases referred to an attorney through a law list are protected against defalcation by a one million dollar fidelity bond. Law Lists also provide dispute resolution services between listees, debt collectors, and credit grantors.

The legal system operating in the United States is based on English Common Law. This is an adversarial system, distinct from the civil law system that applies in many other countries. Each state, as well as the federal government, has its own court system and individual laws.

In the United States the laws of each state specify when a creditor must file an action for recovery of a debt. These statutes vary between states.

The following is a general outline of litigation procedures:

The basic method for enforcing the judgement in the United States are:

International creditors should note that when cases are settled out of court, consideration should be given to the rate of exchange to ensure that the U.S. dollar amount obtained from the debtor is equivalent to the actual amount of the debt in the currecy of the credit grantors country.